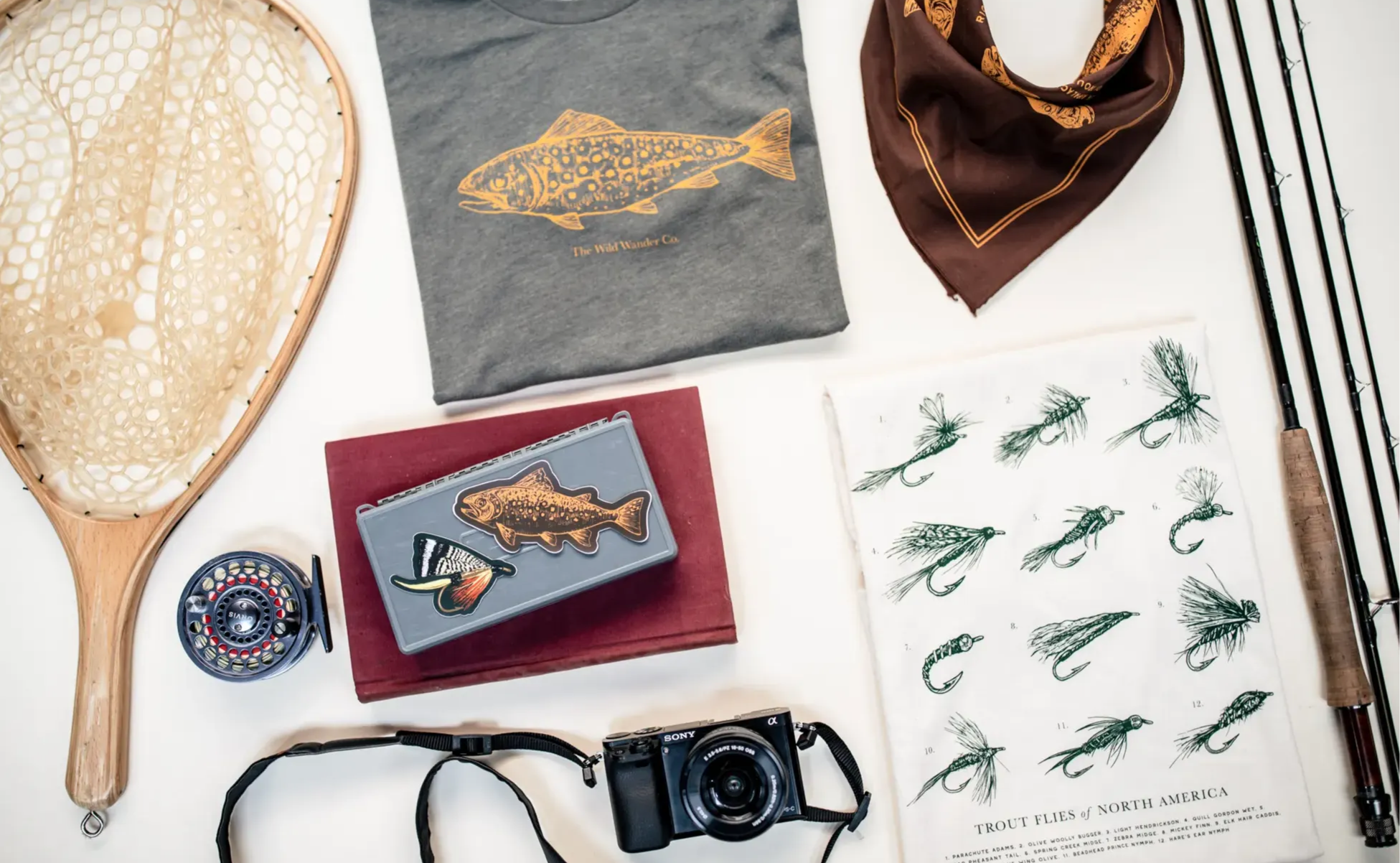 One of The Wild Wander’s pursuits is exploring answers to the question “what gets you outdoors?” One answer lies within observing the seasonal evolution of Virginia’s freshwater fisheries and the anglers tuned into these waters. With that in mind, fly fishing is at the center of our newest Collection for spring.

Following our Spring Shad Run of the James River guide that we released exclusively through Current Culture, a local fly shop last spring, we realized there was much more to explore within fly fishing. “The fly fishing collection is a concept I've wanted to work on for a few years now, but beyond catching a few sunfish with hot dogs, it was a daunting subject I had no background in. It's a romantic sport though, and captures what I love most about sporting - a folk tradition passed down through our shared oral history of the outdoors.” Says Clara Cine, Wild Wander Founder and Creative Director. 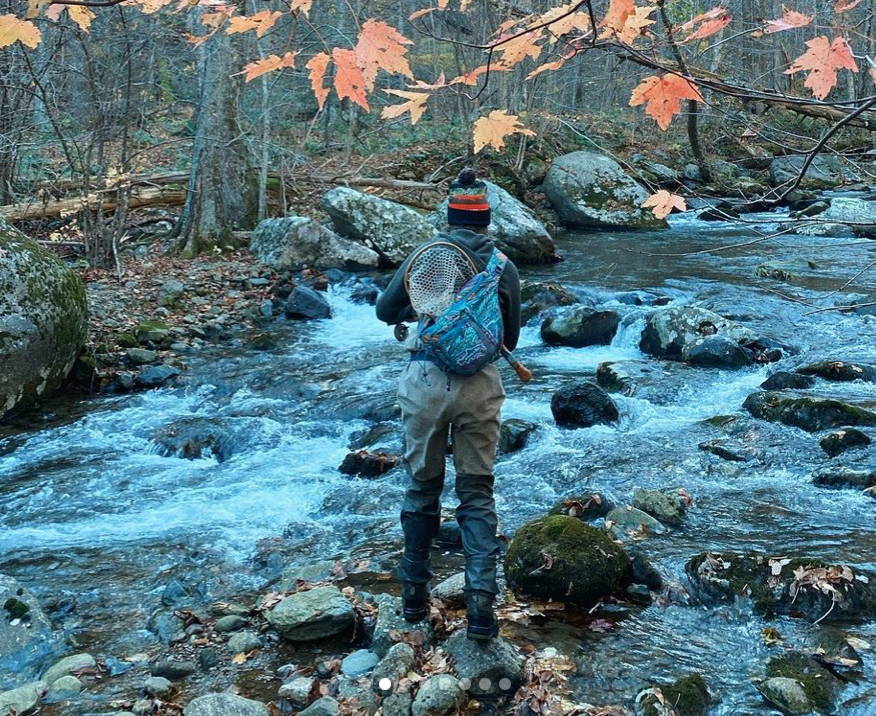 What is Fly Fishing?

Fly Fishing is a popular sport in North America that has history dating back to Japan and Macedonia as early as the 2nd century. It has been the topic of great writers and its long and romantic history was part of the appeal for WWCo. collection. As well as the attunement to our waterways and habit of the species who live there.

Fly fishing differs from regular fishing in a variety of ways. Most notably, the line on a fly fishing rod is weighted and cord-like and on the end are tied on “lures” known commonly as flies. 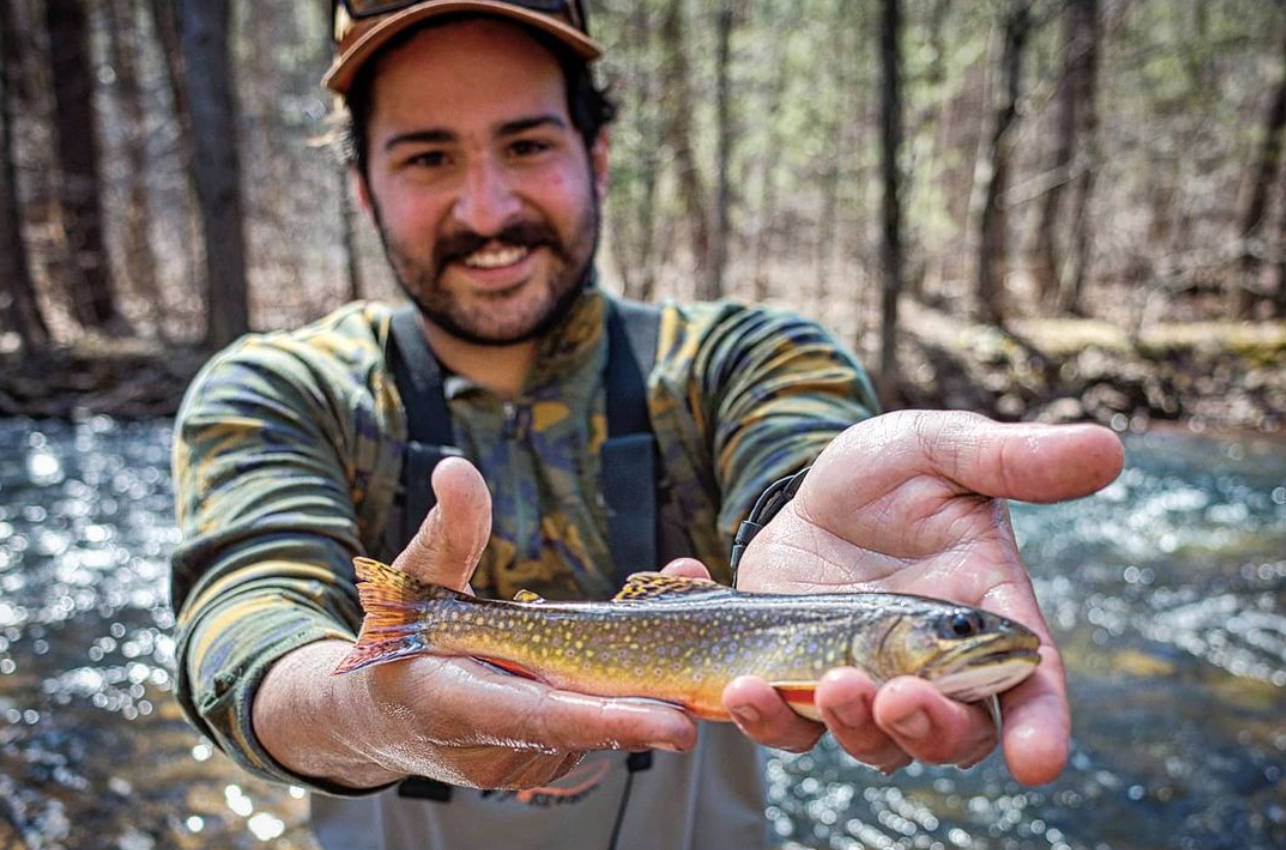 Flies can be extremely light and made with feathers, mammal hair, thread and other synthetic materials. The heavier fly line is cast both in front of and behind the angler in an almost “lasso” type movement to build momentum for the cast. From there the techniques and gear used change depending on the habitat and fish that are being targeted.

“Fly fishing requires being highly attuned to your natural surroundings - the temperature of the water, knowing which insects are coming out, and attempting to replicate (and in some way become a part of) the subtle flow of nature. I was taken by the intense seasonality of the sport, and originally had hoped to create something of a calendar of the year based on flies. Through my research on hatch cycles of flies I quickly realized this would require something so regionally-specific it would render it a life-long project. It's still stuck in my craw though, and I hope to one day map out the small corner of our state through flies.” 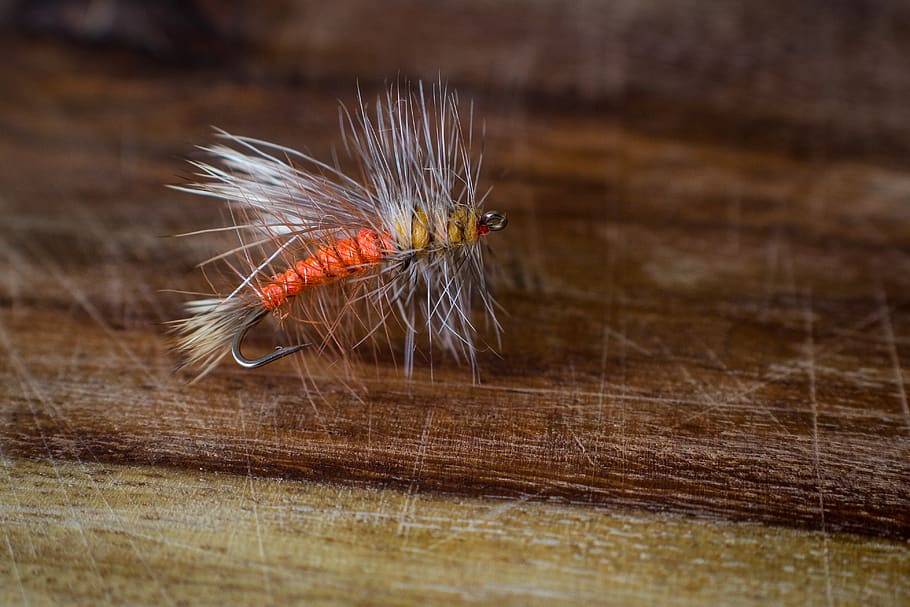 Colorful, whispy, trailing, and flashy materials are tied intricately onto the shanks of metal hooks to mimic invertebrates and smaller fish species that fish make meals out of. Many anglers create their own flies based on hatches of nymphs and other insects in the areas they’re fishing.

“While I started the project focused on the more technical aspects of hatch cycles of mayflies, I quickly became fascinated with the art of fly-tying. Fly-tying is such a unique craft that in some circles it has become completely detached from fishing as its own art-form. Using "recipes" from fly-tying books, "dressers" spend hours recreating Victorian Atlantic salmon flies using exotic feathers and hand-braided silk. These flies will likely never see the outside of a picture frame, but represent the continuation of a would-be forgotten art form.”

Clara adds, “As a calligrapher, I admire the continued practice of outmoded craft of these fly-dressers, but felt relief that the pseudo-science behind the fly recipes was left to history. The Victorian fly was a status symbol, creating the illusion that participating in the sport required a far-flung colonial empire of birds to harvest. Fortunately, fish are far less discerning than their sporting counterparts, but the perception of fly fishing as a sport of exclusivity remains.” 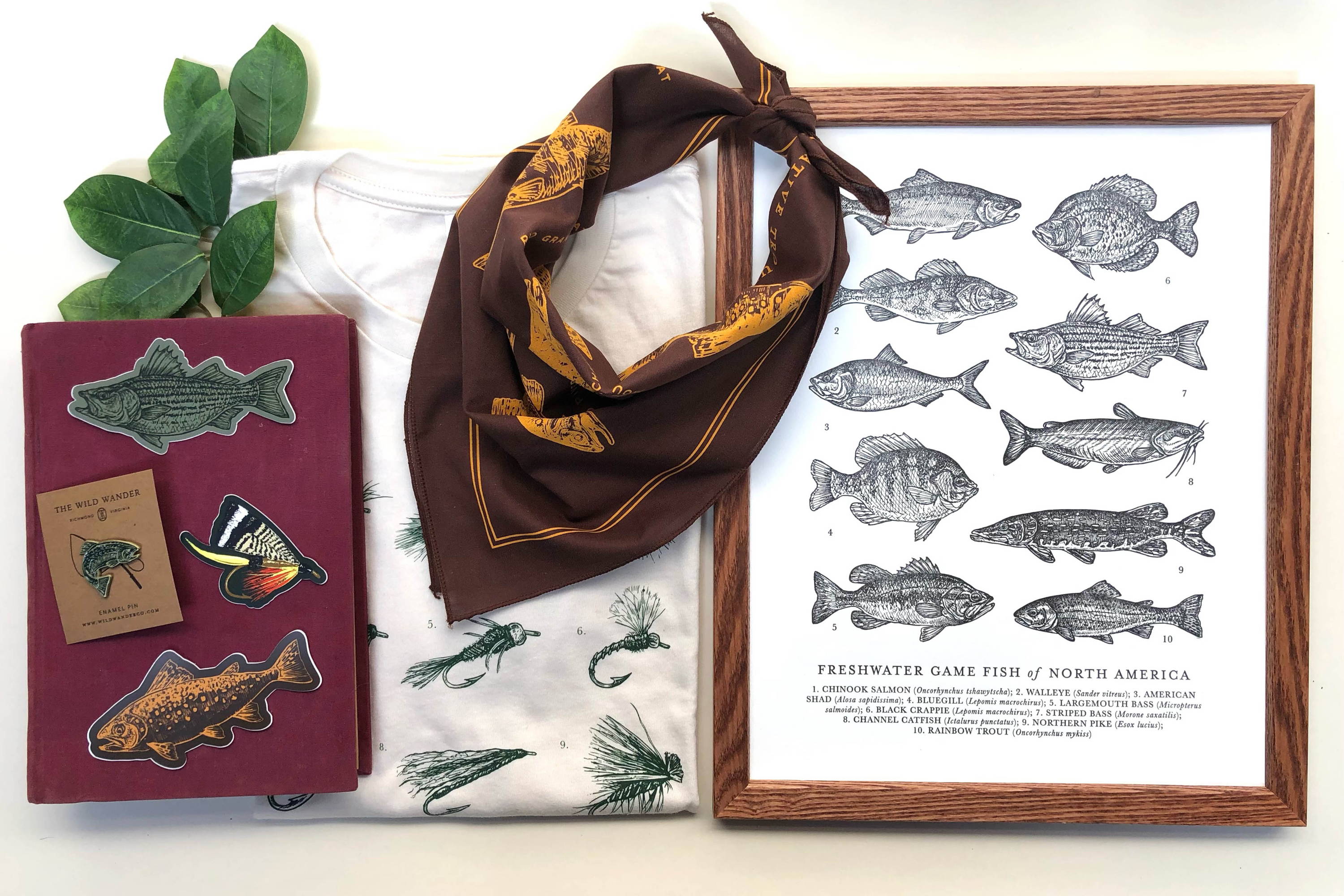 The Wild Wander’s work often begins with observation, poking through old books, and talking to folks who spend time in nature. After talking with anglers we know, we became fascinated by a common theme: their playful engagement with nature. Fly Fishing calls upon a union of biological study and imagination to learn the story that nature is telling about the fish they’re after.

Clara also notes “though I don't fish myself, through the months that I worked on this project I found myself asking folks who spend significant amounts of time in the outdoors why they didn't. It seemed like such a natural fit for so many - a less intense entry to outdoor sports than hunting, a way to further explore the seasonal changes of an area, and just generally a nice low-key time by the water. By and large, the response was a resounding ‘I would, but I don't know where to start’

Though the tide seems to be turning, wide gaps remain in the oral tradition of mentorship and the outdoors. Time spent outdoors significantly increases folks' desire to conserve wild lands, yet there is a sense of scarcity when it comes to newcomers entering outdoors spaces, often preventing people from even trying.”

Below are a few organizations focused on bringing more folks into the fold of fly fishing: 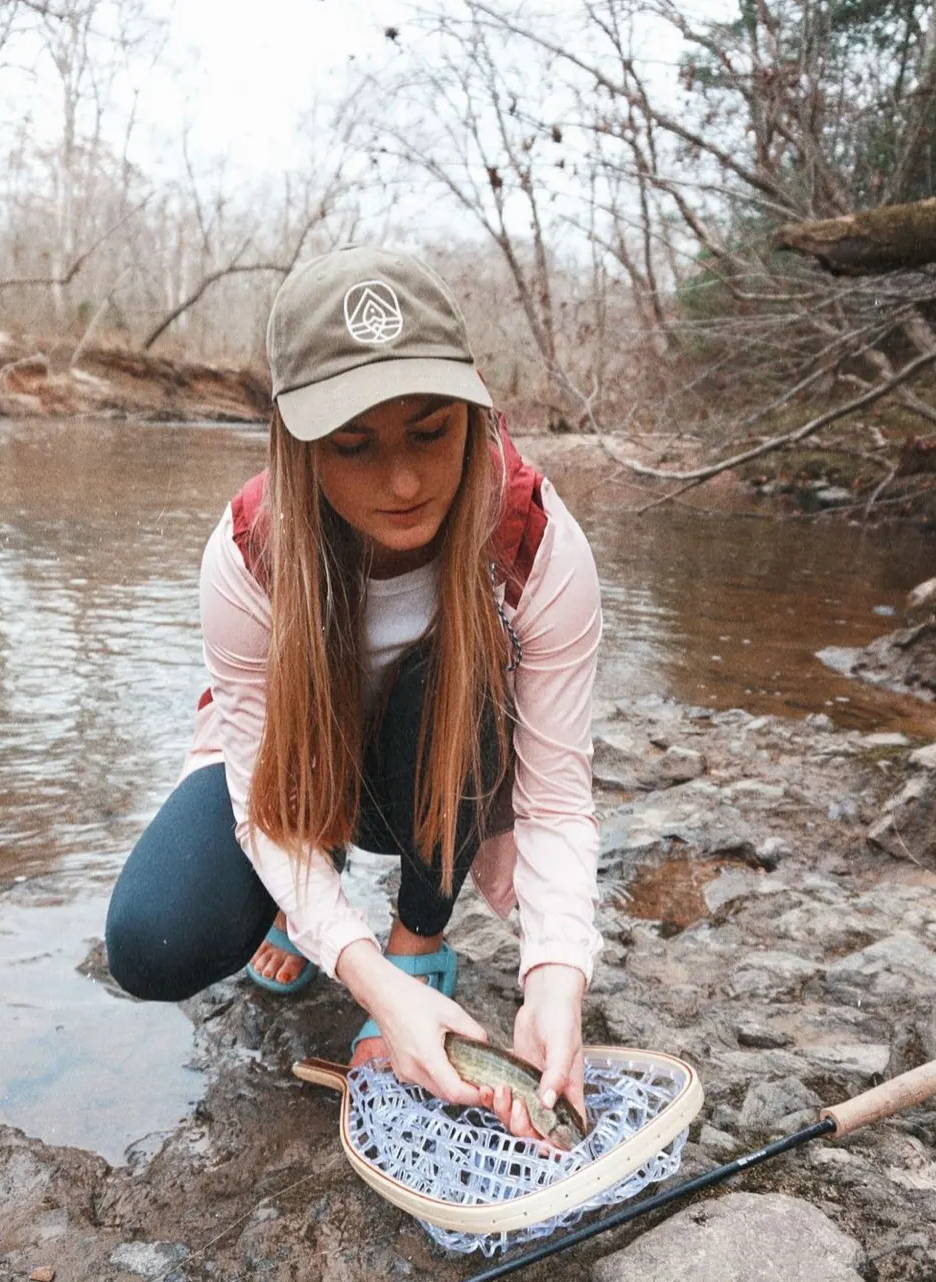 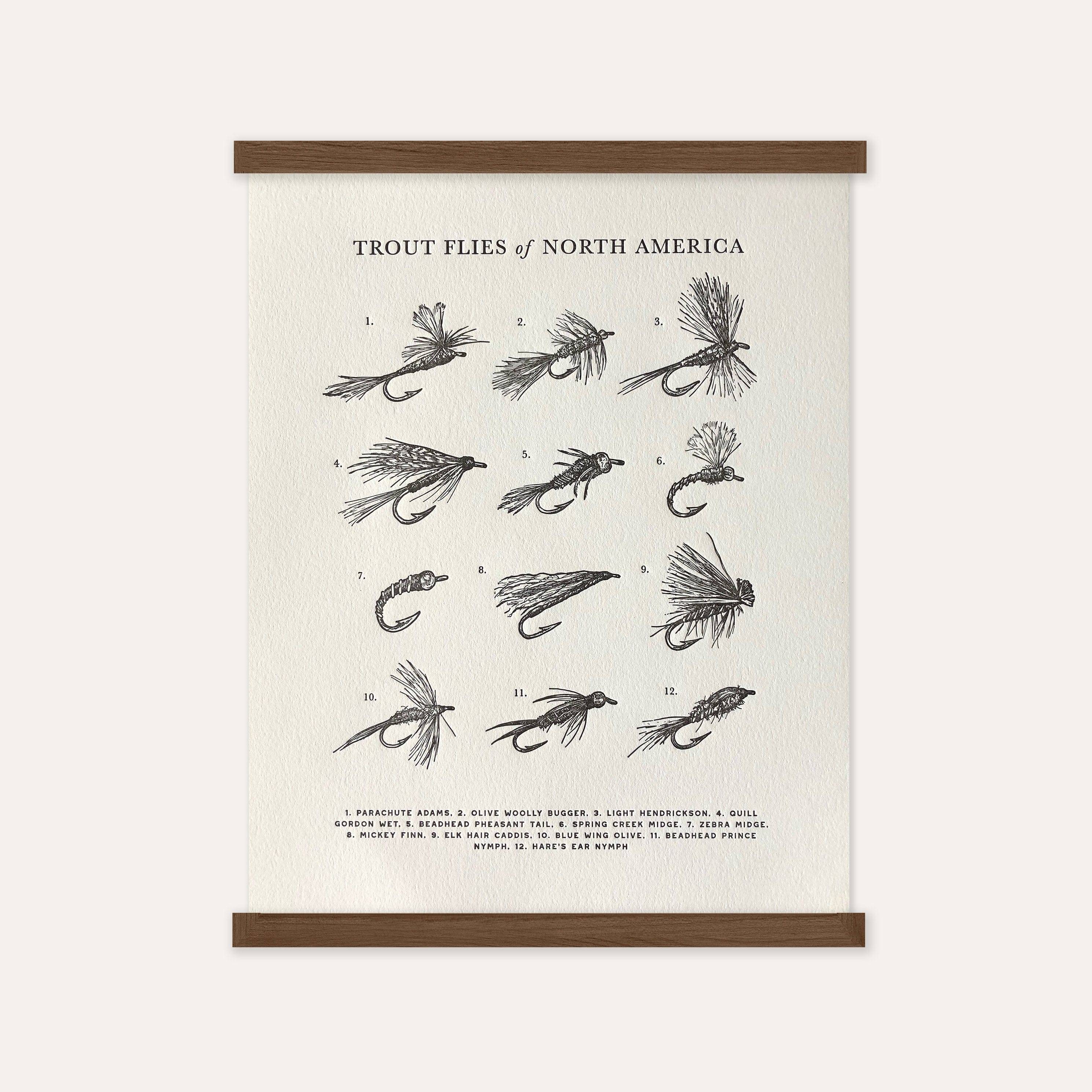 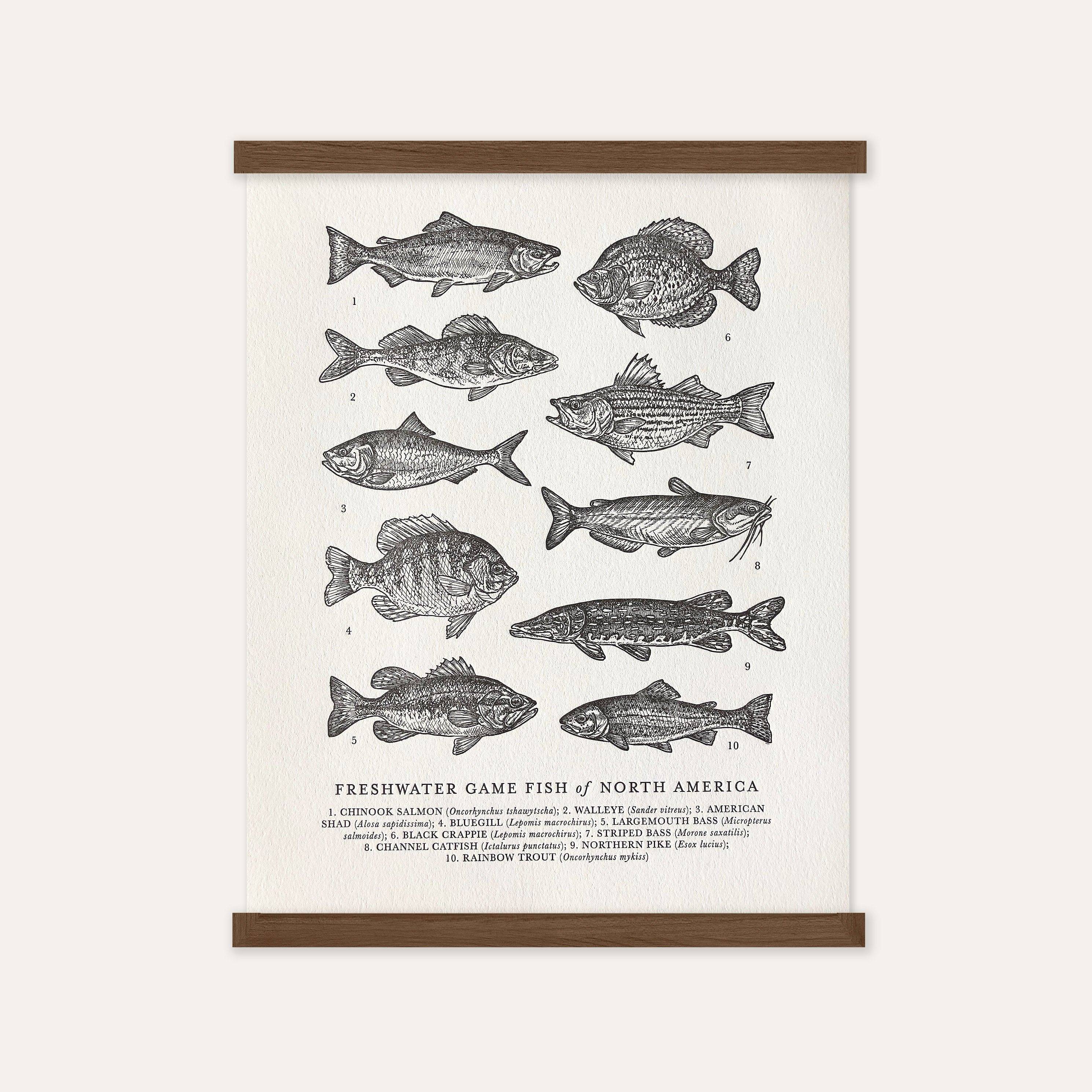 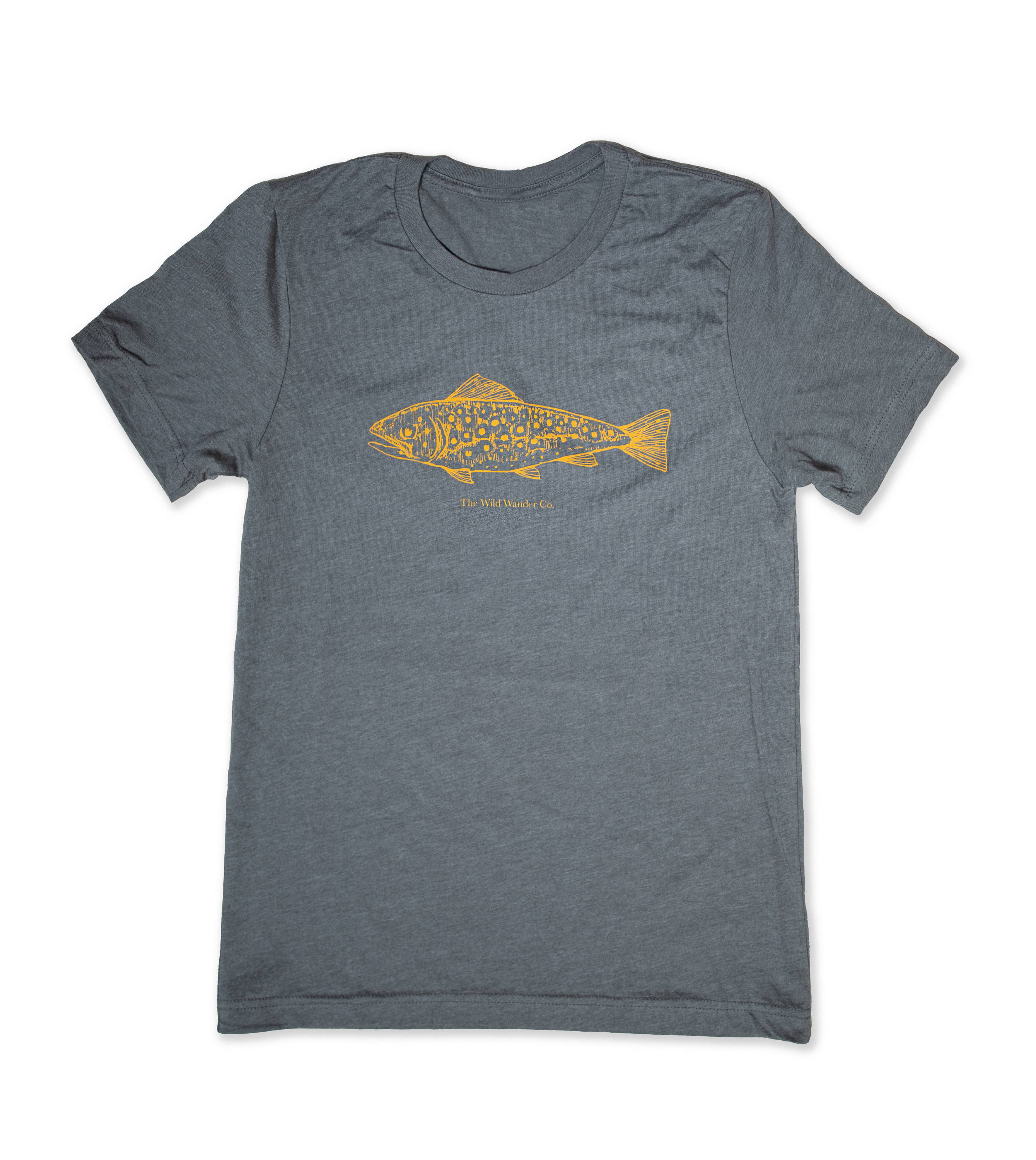 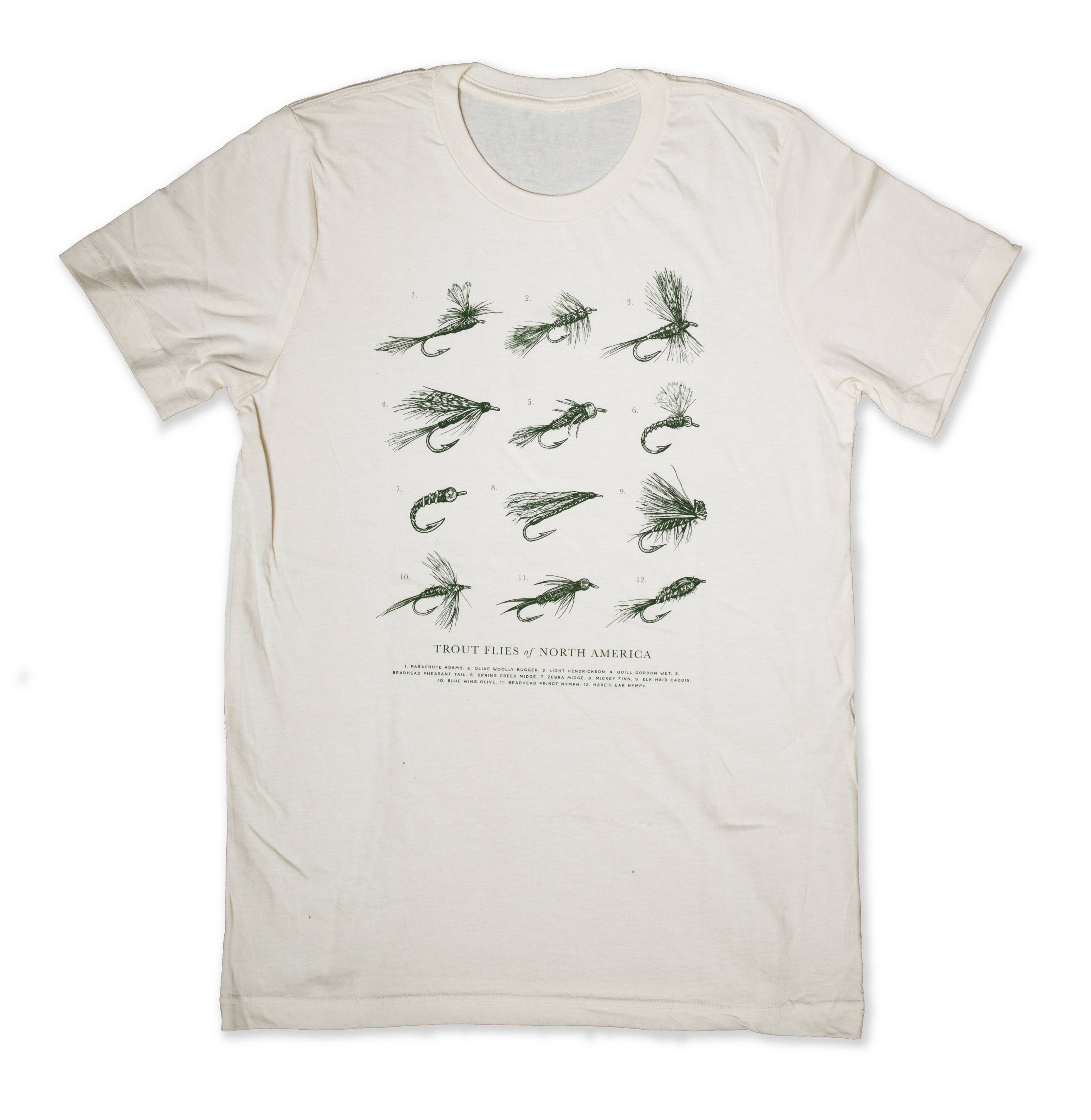 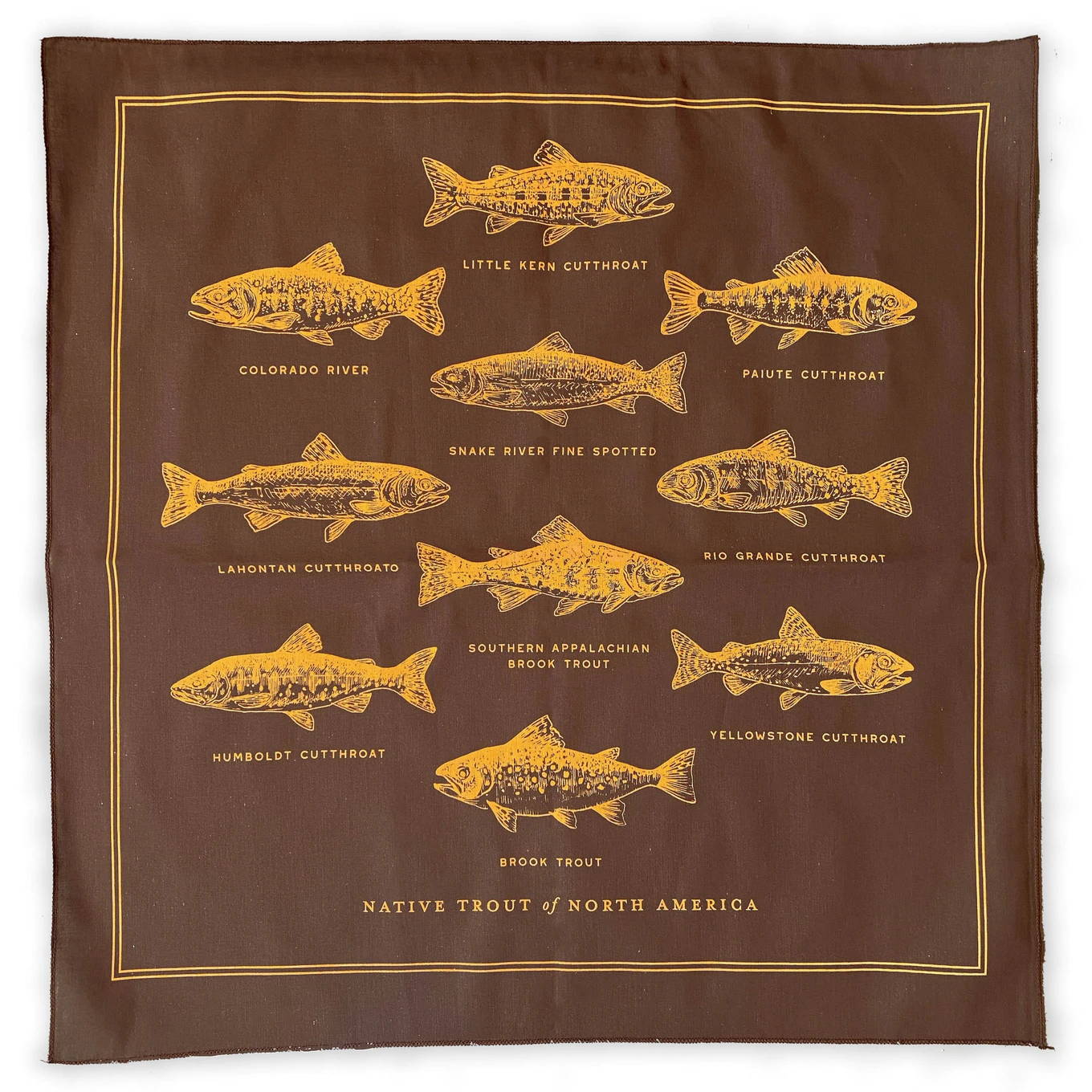 We’re re-introducing our Trout of North America Bandana which features trout species native to North America such as Southern Appalachian Brook Trout, Yellowstone Cutthroat, and Colorado River Cutthroat. Our cotton bandanas are proudly made in America and printed in Virginia. They can be hung for display or used as a functional pocket guide in the outdoors. 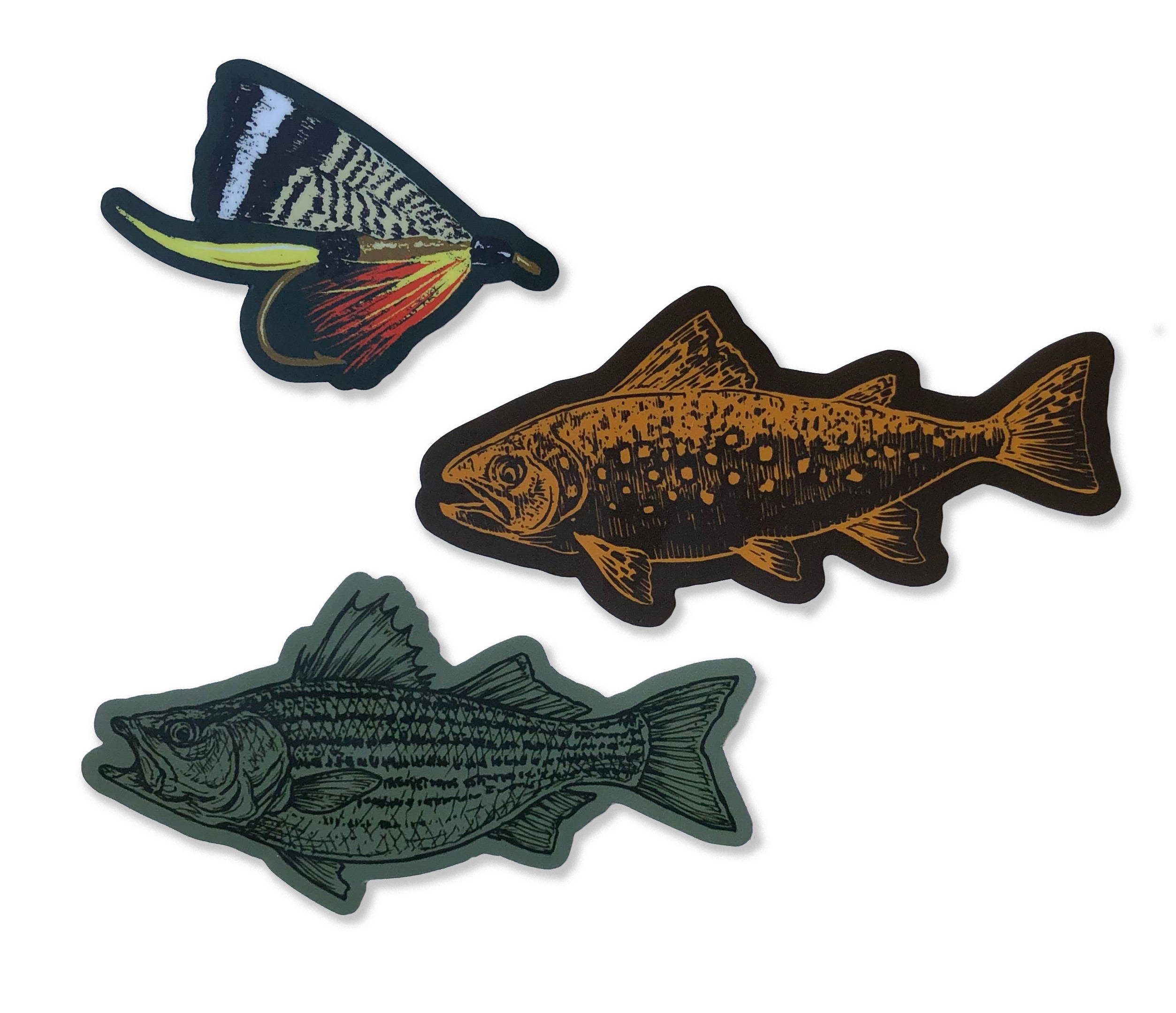 We’ve also included our Trout Enamel Pins to this collection as an ode to rod and gun club pins. And two new stickers, Fly and Striped Bass to accompany our Trout sticker. Durable in any weather, they’re perfect for your Yeti cooler or tumbler.

Added to your cart: